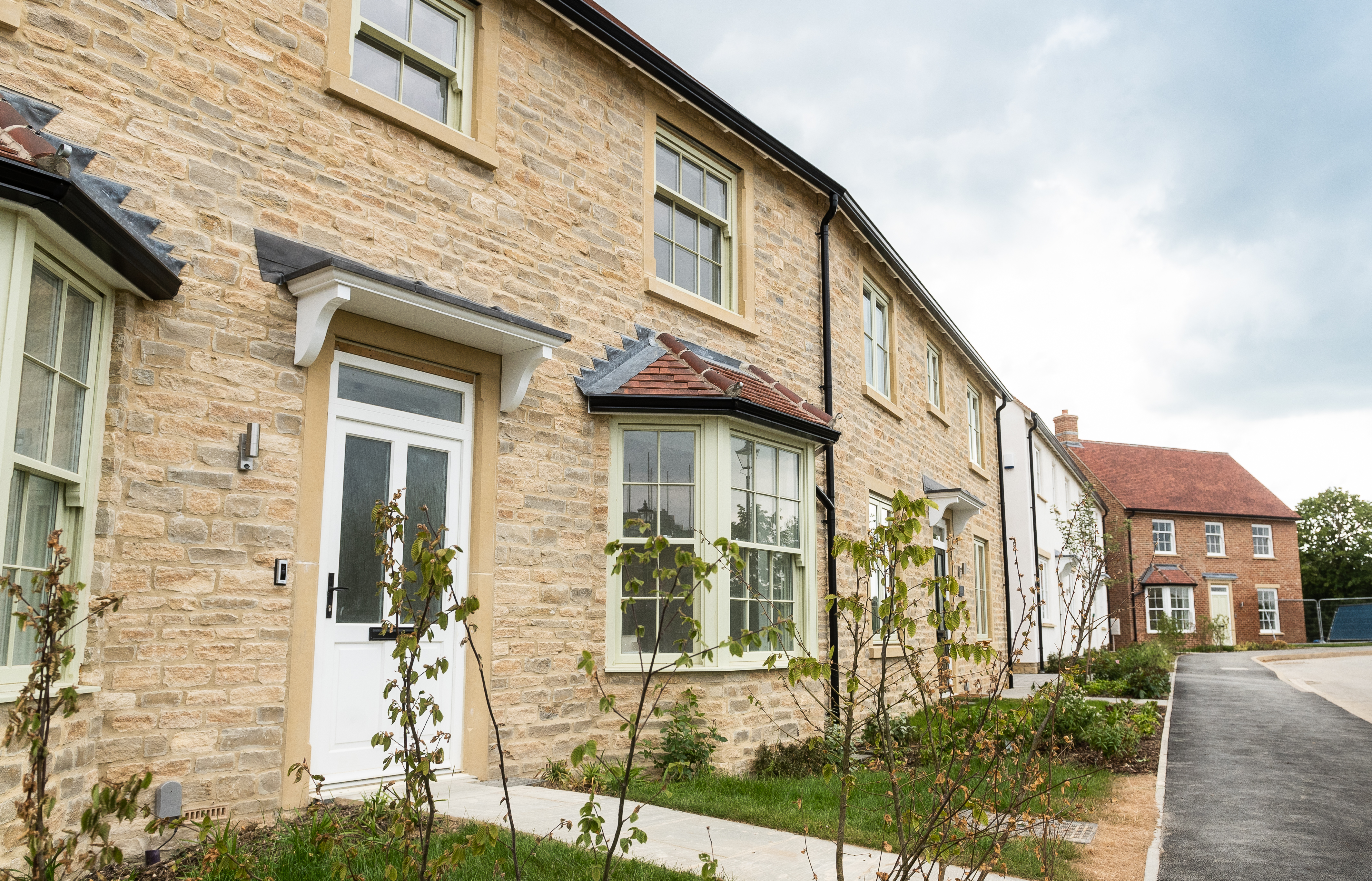 New types of communities are emerging: those which not only provides homes, but feature quality on multiple levels and in doing so, inspire residents to value and care for them over the long term.

Stewardship requires long-term vision on the part of the landowner and developer: an investment in ‘patient capital’ which delivers a more sustainable, resilient, economically productive and beautifully built product – ultimately one of greater value, financial and otherwise.

This model is being embraced by some of the most enlightened landowners, masterplanners and developers throughout the country, including the Duchy of Cornwall at Poundbury and Nansledan, and the Thistlethwayte family at Welborne.

In each of these schemes, the landowner has a central role in the creation of a new community and the specific principles which guide its development are established early. One of the many benefits of stewardship is that communities featuring its principles are likely to receive greater support in the planning process. As the Stewardship Initiative explains, ‘Through investing into quality of place making, as opposed to looking for a rapid extraction of value, the Stewardship model potentially holds the key to unlocking delivery, quality, sustainability and liveability’.

This long-term approach necessitates some significant changes to previous development models. From the legal structures that define the partnership model and each party’s on-ongoing commitment; to a funding structure in which land or capital is invested over the long term, with objectives which go beyond the purely financial. The yields of the investment include profit (which invariably grows throughout the development process), but importantly, an active involvement from conception to completion and pride in the outcome.

Masterplanning starts with the development team but involves collaboration with a multitude of stakeholders and depends upon a successful collaboration. It responds well to the longer-term approach that is gradually evolving through planning policy – from thirty-year vision documents in Local Plans to the requirement to conserve and enhance biodiversity for decades to come.

Success is viewed through a social and environmental lens: well-loved, well-designed places which sit comfortably alongside existing communities.

Blenheim’s approach to stewardship is influenced by our unique surroundings. The Estate is responsible for the care of Blenheim Palace, a UNSECO World Heritage Site, and we aim to reflect this quality in creating the ‘conservation areas of the future’.

The concept of stewardship, which in part, emerged from an enlightened approach to the creation of model settlements during the late 19th and early 20th Century, such as Bournville, Port Sunlight and Ebenezer Howard’s garden city principles, is explored in its modern context in Knight Frank’s 2020 report Cost and Value, published in relation to the work of the Building Better, Building Beautiful Commission.

The report describes Blenheim Estate Homes’ Park View community as a ‘kite mark for stewardship’, noting its ‘design standards of the highest quality’ which, ‘complement and enhance the centuries-old legacy of the Blenheim Palace World Heritage Site’. The case study notes the ‘genuine vested interest in the strength of both the local community and the local economy,’ specifically in relation to affordable housing provision, local employment schemes.

Other features of stewardship demonstrated at Park View include the creation of a Design and Community Code with appropriate covenants, codes and restrictions and the importance attached to social infrastructure. The new community was designed to blend seamlessly with its neighbours and the combination of house types and tenures was carefully planned. Half of all the new houses are affordable homes, some of which are rented at a 40% discount as opposed to the required 20% with the remaining available to purchase as Shared Ownership. Responsibly resourced and durable local materials were prioritised and the development’s environment is characterised by generous green spaces, footpaths and cycle paths connecting to the Blenheim Estate, and areas of natural biodiversity.

We are already working with landowners and developers throughout the country in recreating this successful approach. Our unique credentials – which include the largest rural Passivhaus scheme at Hill Rise and a multi award winning model for delivering affordable housing – we hope will inspire new communities throughout the country.

Designing-in and supporting ongoing, effective stewardship is imperative in creating the ‘conservation areas of the future’ and our new communities thrive on the wide-ranging benefits that stewardship brings - in the form of community cohesion, longevity in design and construction, and sustainable living - because successful communities are so much more than bricks and mortar.